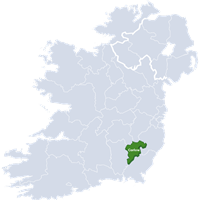 With great holiday cottages and self catering accommodation suitable for families throughout picturesque County Carlow you wont be stuck for choice. Carlow is one of Ireland's smallest counties and has a beauty all of its own. It is bordered by the scenic Blackstairs Mountains to the east. Mt. Leinster has some of the best hang gliding in the whole of Ireland, plus Tullow has great angling. The fertile limestone land of the Barrow Valley and the Killeshin Hills lie in the west. On the banks of the River Barrow is Carlow town itself, it's a bustling market centre serving a large rural area. The courthouse has an extremely interesting background. It was modelled on the Parthenon in Athens and originally meant for Cork, but the plans for the two buildings became mixed up - so it was built in Carlow! The county's most interesting feature is the 5000-year-old granite formation known as Browne's Hill Dolmen. It's believed to have the largest capstone in Europe, weighing a colossal 100 tonnes. So if you need a holiday cottage or a self catering holiday home suitable for your family just look if one fits the bill on the map. 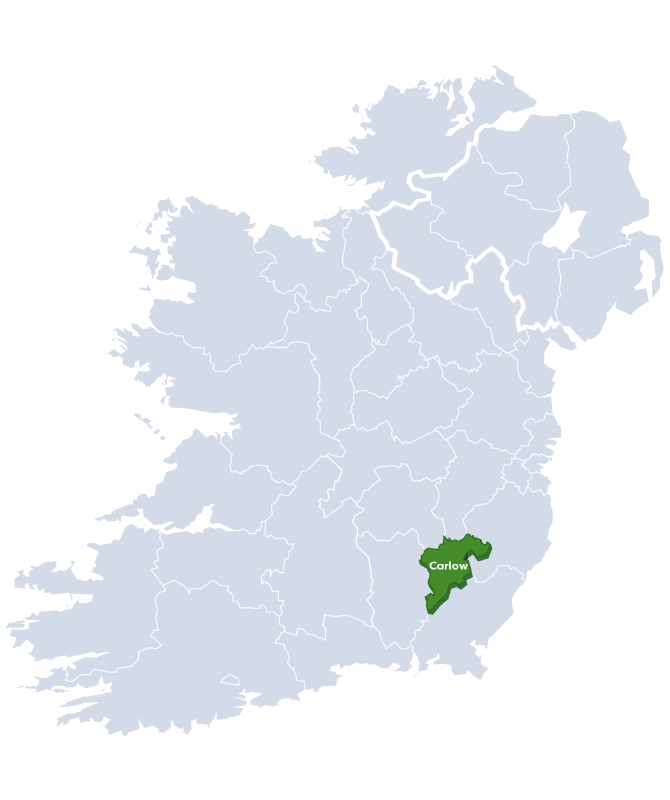