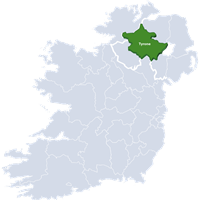 We've got great holiday cottages ideally placed for fishing, touring and walking through Tyrone. From Strabane, Omagh and Dungannon. Tyrone's name comes from the Irish word Tír Eoghain meaning the territory of Eoghan, a son of Niall of the Nine Hostages and there is a strong existence of O'Neills in the county. It is the largest county in Northern Ireland with flat peatlands of East Tyrone bordering the shoreline of the largest lake in Ireland, Lough Neagh, rising gradually across to the more mountainous terrain in the west of the county, the area surrounding the Sperrin Mountains, the highest point being Sawel Mountain at a height of 678 m (2,224 ft). Benburb Valley Park has ruins of Benburb Castle and a great opportunity for walks along the River Blackwater. But there is also the Ulster-American Folk Park just north of Omagh (one of the best museums in Ireland) which is well worth a visit. 200,000 people crossed the Atlantic to America in the 18th century alone and the American Declaration of Independence was signed by 5 Ulstermen. This museum shows these links and a whole load more with some great full size reconstructions of streets and an emigration ship - fascinating for all the family. So if that appeals have a look at our self catering holiday cottages in Tyrone to rent on the map. 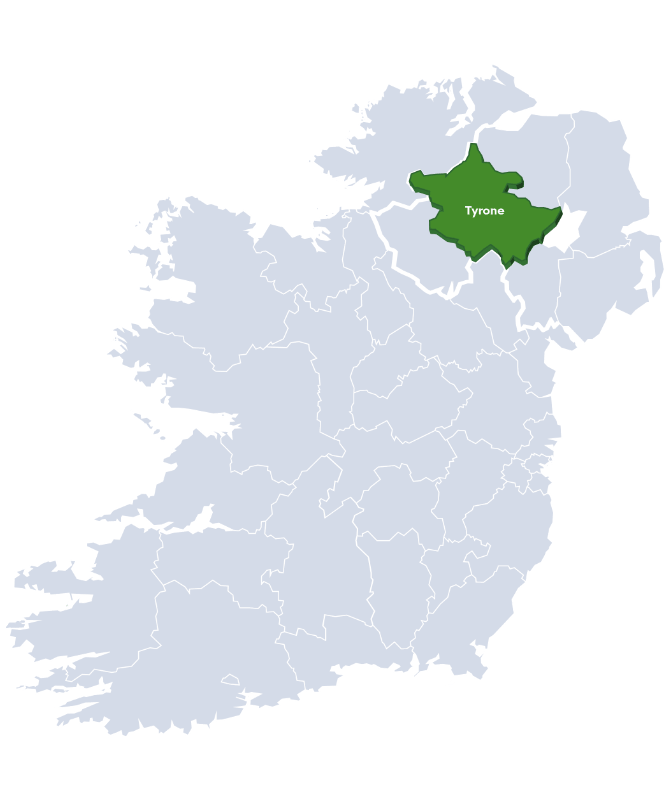